It’s hard to believe this long-standing New Age shop was once home to one of the more popular saloons of its day. It also has a tragic twist in its origin story, but let’s start at the beginning.

James Vail was a wealthy businessman and real estate investor who came to Flagstaff in 1882. He was known to have expanded interests in everything from lumber to ranching to owning the popular Parlor Saloon. The Parlor Saloon was not just a drinking establishment; while liquor was served downstairs, food was also available and dancing, parties and business meetings were held in the upstairs rooms. Built in 1888 using brick, it was a respectable place of business and pleasure.

Sadly, however, Vail was not able to enjoy all the fruits of his labour. Circa 1905, Vail was knocked down by a wagon in the street and his leg crushed beneath its massive wheel. Crippled by an injury that would not heal, Vail went into Babbitt’s store in 1906, bought a gun and killed himself. 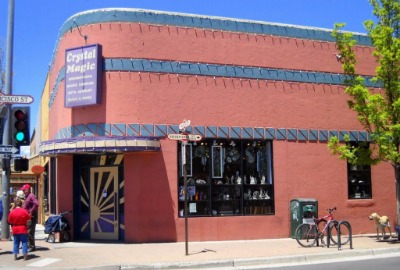